Home » Blog » POWER FOR YOUR FLOWER 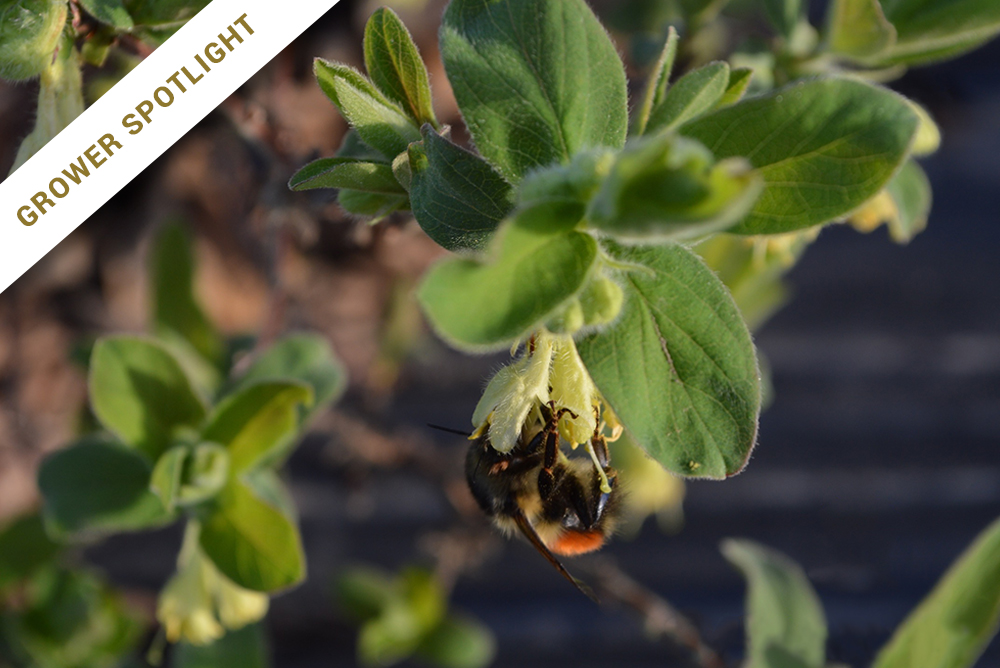 POWER FOR YOUR FLOWER

An emerging berry crop developed through a breeding program at the University of Saskatchewan is turning heads and may have the potential to challenge blueberries in many retail food and nutraceutical applications.

A collective of growers in Alberta is helping to create new markets for Haskap berries: a tasty, edible honeysuckle that has similar, or even higher antioxidant levels versus blueberries. Similar to blueberries, Haskap berries have a sweet yet tart flavour profile (many compare it to a combination of huckleberry and raspberry). They are extremely rich in an antioxidant called anthocyanin, as well as vitamins A and C.

(Click here to read an interesting article comparing Haskaps to other berries: from growth and harvesting to taste).

While the crop is attracting the attention of industry, one of our growers, Kreg Alde, has been focused on attracting bees and finding solutions to increase pollination and fruit set: something that is vital in all flowering crops.

Haskap plants were brought to Canada from Russia in the 1950s and used by the Beaverlodge Research Station (west of Grand Prairie, Alberta) to breed an ornamental version of the plant that had extremely bitter fruit. In the mid 1990’s more flavourful varieties from Russia began to be sold in Canada.

The University of Saskatchewan first planted these more delectable Russian varieties in 1997. Dr. Bob Bors, of the U of S, began breeding them in the year 2001. He has been collecting wild Haskap from across Canada, and now has about 1,500 wild plants from nine provinces. He’s also collected thousands of seedlings from Russia and Japan, including 60 named varieties.

The U of S now runs a highly successful Haskap breeding program. Each year dozens of parents are cross-pollinated, resulting in 7,000 to 10,000 seedlings. Some of these are selected for further study as possible new varieties. Ten varieties have been released by the program so far.

Kreg Alde has become one of the biggest boosters of Haskap berries. He began growing them six years ago, on his farm near Beaverlodge. Alde has been a driving force behind North 49 Fruit Corporation, a group of growers that are working together to develop a commercial market for these berries.

Like canola, soybeans and all other flowering crops, pollination is essential to the success of Haskap berries. However, the Haskap plant flowers very early in the season – at a time when frost can still be a concern and native bumble bees are just coming out.

“The key for us is to have the flowers hang on for as long as possible, and to maximize pollen production,” Alde says.

There are five steps that are crucial to the success of the pollination process:

Several key nutrients are known to play a central role in the reproductive process, and increase pollination and fruit set.

Kreg Alde knew his berries could benefit from a fertility treatment containing boron. A neighbour recommended Active Flower™, a product developed to assist pollination at the plant’s molecular level. Its combination of nutrients, polyamines and organic acids enhance all of the five processes listed above.

Since using a pollination aid, Kreg Alde has seen his poundage of fruit per plant soar to the top.

“Active Flower is integral in helping us achieve high pollen production, which promotes a healthy fruit set. We do not see many spots on the plant without fruit set. The efficiency of flower to fruit is excellent.”

Alde has been applying a pollination aid twice per season. First, by drip irrigation in the fall once the plant is dormant, and then in the spring as either a drip or foliar application.

A TOAST TO SUCCESS

So what do you do with a bumper crop of Haskap berries? 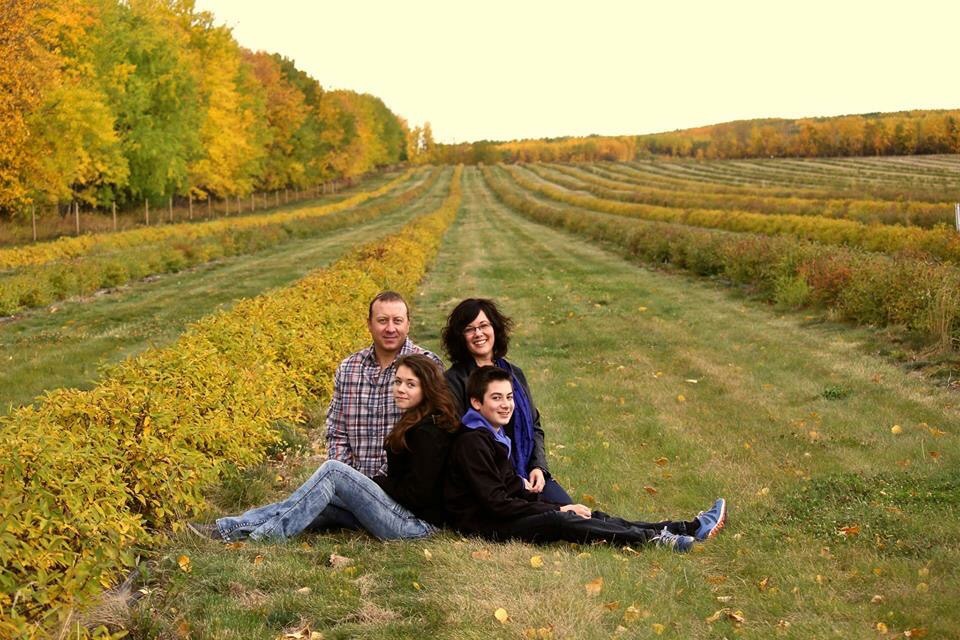 “Haskap berries can be used almost anywhere blueberries are: as a fresh or frozen fruit, in jams, juices and more. But with their unique taste and high nutritional value – Haskaps knock it out of the park,” says Alde, who predicts a bright future for this berry.

“Haskaps are as big to the fruit world as the new canola is to the Canadian crop industry. In my view, Haskap berries will soon go head-to-head with blueberries in Canada.”

To get there, growers will need to achieve high yielding, great quality fruit. As Kreg Alde will attest, it all hinges on proper pollination.

Find out more about pollination aids.