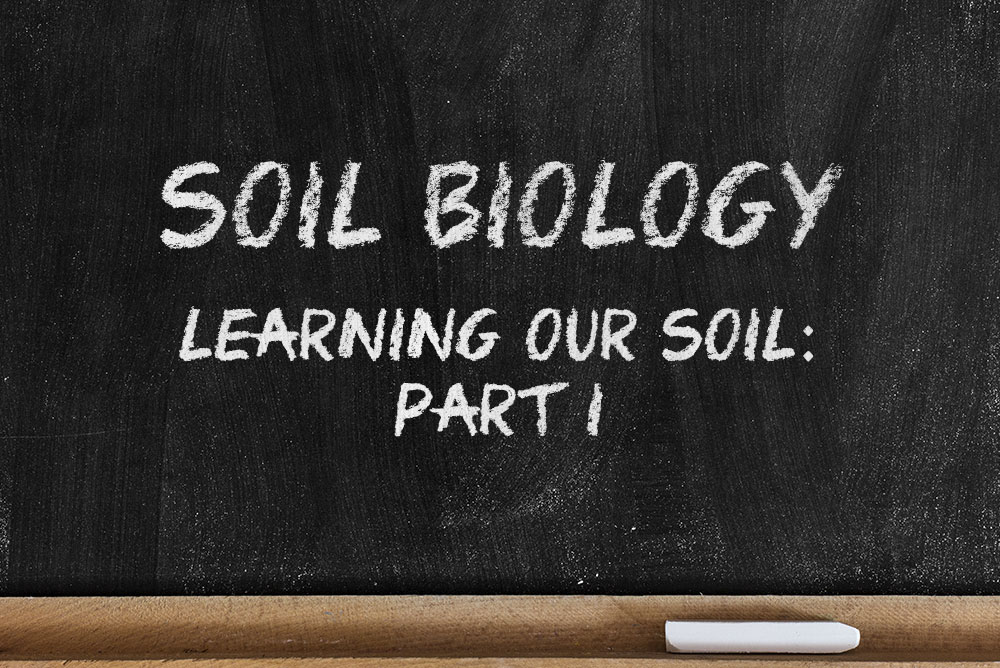 Agricultural soil is full of fungi. In many cases that’s a good thing.

As a grower, “fungi” is one of those words that makes you assume the worst.

The reality is that the soil is teeming with a variety of fungi. There are good fungi and bad fungi. Some are harmful to the crop. Others beneficial. Overall, there are more beneficial ones than harmful ones.

Fungi aren’t quite plants and they aren’t quite animals, which is why they are classified as their own kingdom. Molds, yeasts and mushrooms are the most common fungi. They play a key role in decomposing organic matter, as well as nutrient cycling and exchange. They can be single or multicellular organisms, and most are microscopic. 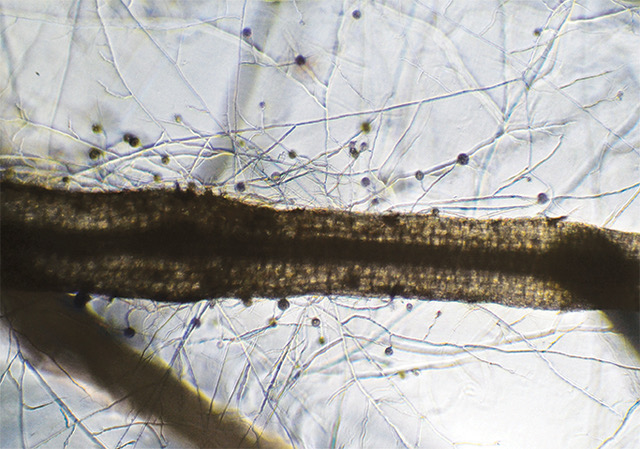 Not all fungi are bad. Just as certain fungi provide great benefits to human health (penicillin is derived from Penicillium fungi), others contribute to plant health.

The fungus that has shown to have the greatest impact on plant health and growth is arbuscular mycorrhizal fungi (AMF). This type of fungi has existed for hundreds of millions of years. Originating in the sea, these fungi have co-evolved alongside early land-based plants. Today, AMF forms useful symbiotic relationships with most agricultural crops. This fungus is an endophyte: which means it lives within a plant without causing any harm.

Arbuscular mycorrhizae use their hyphae to extend a plant’s root system – casting a wider net to help the plant gather essential nutrients and water. The hyphae size is 10 times smaller in diameter than the root hairs and 30 times longer. This allows the hyphae to get through micropores and reach beyond the root absorption zone. AMF are particularly helpful in securing phosphorus, which has limited mobility in the soil.

In exchange, the plant provides the AMF the raw carbon in the form of sugars it uses for growth. In Canada, plants colonized by arbuscular mycorrhizae have been shown to yield 8% to 10% higher that those with low AMF populations. As you can see, good fungi are good for business.

Penicillium Bilai is another good fungus that liberates organic acids into the soil to free up phosphorus.

There are many fungi that can have an adverse effect on a crop, including Fusarium, Rhizoctonia, Botrytis and Sclerotinia. These fungi have appeared more recently than the AMF. Many variants can act as pathogens, causing mild to severe damage in the field and in storage.

Fusarium Head Blight is a concern in wheat, barley and corn, and can also affect oats, rye, canary seed and forage grasses. It impacts yield and grain quality, and can cause kernels to shrivel and turn chalky white.

Sclerotinia is a fungal pathogen that can cause a variety of diseases. It thrives in moist conditions. Sclerotinia Stem Rot can be especially devastating to canola and soybeans.

Botrytis Blight (also known as Grey Mold) is a concern among pulse, soybean and fruit growers. It can overwinter in the soil, which makes control a challenge.

Growers need to keep a keen eye out for early symptoms and treat crops affected by these pathogenic fungi immediately to prevent its spread. Infections are more likely to occur in moist conditions.

This is one of the most commonly asked questions we get when discussing the difference between good fungi and bad fungi.

Fortunately, fungicides used to treat mold and blight are not shown to have an adverse effect on arbuscular mycorrhizal fungi. This is due to the fact AMF are in a different class of fungi than pathogens and have different physiology.

Ironically, the bigger threat to beneficial fungi are brassica crops such as canola, due to a defense mechanism that indiscriminately targets all fungi, as mentioned in a recent blog. Brassica crops have also lost the genes that make root colonization possible for AMF. 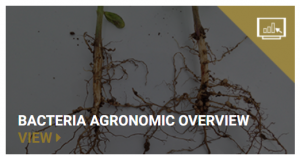 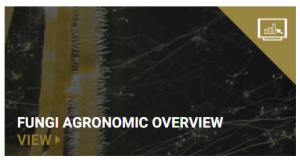