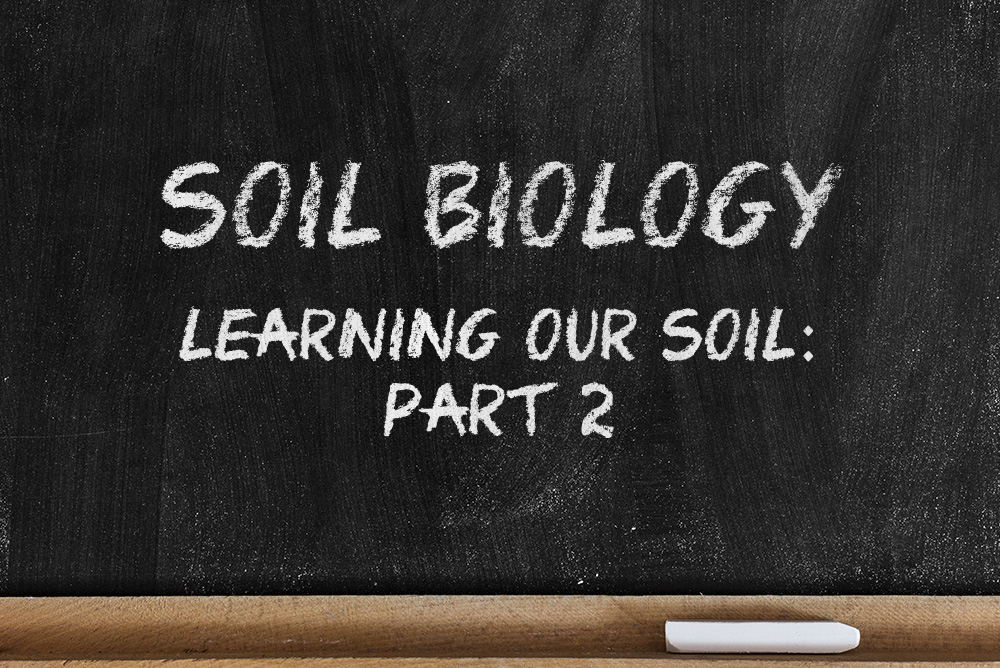 How rhizobium bacteria enhance nitrogen fixation in the pulse and soybean rotation.

In the human body, there are bad bacteria that make us sick and cause infections, and good bacteria that are crucial to the digestive process. There are also good and bad bacteria within the soil, which can help or hinder certain plants.

Peas, lentils and soybeans play a big role in a crop rotation, replenishing the soil by promoting nitrogen fixation (the conversion of nitrogen gas to plant-available ammonium).

However, these crops can’t take all the credit: because it’s only possible thanks to a symbiotic relationship between select legumes and rhizobium bacteria.

These bacteria can’t fix nitrogen on their own.

To do so, they need to infect the root of a host plant. As in all symbiotic relationships, both the rhizobium and the pulse or soybean plant get something of value from the relationship.

For the legume, it is a readily available form of nitrogen (ammonium) as well as important amino acids.

The rhizobium get three things in return:

The roots of the rhizobium relationship.

Approximately 20% of all legumes form mutualistic relationships with rhizobium. Soybean, peas, clover, lentils and faba beans are among them. Interestingly, Rhizobium species are very plant specific. Pulses form relationships with a rhizobium called Rhizobium leguminosarum, while soybeans engage with another member of the family called Bradyrhizobium japonicum.

Rhizobium live naturally within the soil. When a host legume is present, it makes the rhizobium aware of its presence by sending out a chemical signal (via flavonoids and isoflavonoids) from the root. This attracts the rhizobium bacteria, which responds by sending out signals of its own, known as Nod factors.

The bacteria start the “invasion process” by penetrating the root-hair wall and enter the plant cells. This primes a gene within the plant that initiates the root nodulation.

Within these nodules, the rhizobium differentiate into a non-motile form, which go to work fixing the raw nitrogen (N2) into plant accessible ammonium. They achieve this by producing nitrogenase enzyme, which starts the conversion process, consuming a great deal of energy.

Next the legume converts the ammonium into amino acids which are exported throughout the plant. At this point, the plant releases the simple sugars and O2 to the rhizobium bacteria, fulfilling its end of the bargain.

This last step is important, as the presence of oxygen can transform ammonium into ammonia, which would stop nitrogen fixation – and cause it to be lost to the atmosphere as a gas. Fortunately, the rhizobium take the oxygen and bind it using a protein called leghemoglobin (which is very similar to the hemoglobin found in human blood, and was first discovered in legumes). Like blood, leghemoglobins appear red in the nodules, due to the presence of iron molecules.

Why rhizobium benefit from the presence mycorrhizae.

Legumes are known to be poor at absorbing phosphorus. This is a problem, because the process of nitrogen fixation is very energy-intensive for pulse and soybean plants. For this reason, they consume more phosphorus (P) than other plants.

As discussed in Part 1 of this series (good fungi and bad fungi), Mycorrhizae are symbiotic fungi that colonize around the roots of most plants, and dramatically improve the plant’s ability to absorb phosphorus. For this reason, having a healthy mycorrhizal association is of particular benefit to pulses and soybeans.

As this example has demonstrated, not all soil bacteria are parasitic. Rhizobium serve as another example of the curious relationships that exist within the living soil: where organism we assume to be harmful are in fact highly beneficial to crop production.