Home » Blog » GETTING TO THE ROOT OF DROUGHT DEFENSE 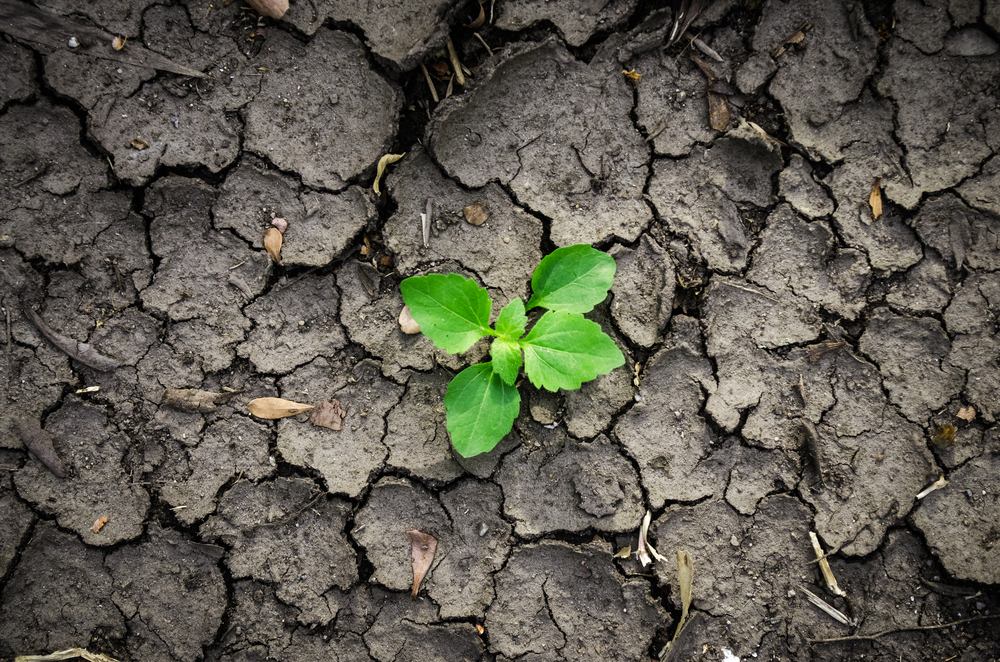 GETTING TO THE ROOT OF DROUGHT DEFENSE

While others look at stretches of hot, dry weather as a welcome opportunity to go to the lake and enjoy the sun, affected growers are busy worrying about the impact of drought on their crops and yield potential.

Fortunately, you have an ally in the battle against drought, whether you realize it or not.

We’ve long known that arbuscular mycorrhizal fungi (AMF) forms a positive symbiotic relationship with host plants at the root level. In exchange for carbon it receives from the plant, AMF helps to establish hyphae that enhance the plant’s root system to aid in the uptake of nutrients, promote plant functions and ward off pests.

But did you know this association is shown to help plants better withstand drought situations?

Drought is one of the leading abiotic factors that can limit plant growth and yield. It has been widely shown that plants that have a symbiotic relationship with arbuscular mycorrhizal fungi benefit from improved water flow (to the plant, within the plant and exiting the plant), which can improve water uptake (Aliasgharzah et al. 2006).¹

It is estimated that 80% of plants form AMF relationships at some point in their development.¹ A majority of agricultural and horticultural crops fall into this category (canola is a notable exception).

Numerous studies have been conducted on this topic over the years. Benjamin Jayne and Martin Quigley of the University of Denver wanted to quantify the connection. Their ambitious and comprehensive study in 2013 has helped to verify numerous aspects of this relationship.

As stated in their published findings:

“Overall, our meta-analysis reveals a quantifiable corroboration of the commonly held view that, under water-deficit conditions, plants colonized by mycorrhizal fungi have better growth and reproductive response than those that are not.”²

Their comparative analysis between mycorrhizal and non-mycorrhizal plants drew the following conclusion:

“Most measures of growth are augmented by the symbiosis when plants are subjected to water stress; however, aboveground biomass such as leaf area, plant height, and stem diameters are significantly more improved than below ground measures such as root length or root dry weight.”

Arbuscular mycorrhizal fungi have a positive impact on plant-water relationships, which is extremely beneficial in drought situations. This extends to:

Nutrient uptake plays a key role in plant water status: Potassium in particular. Potassium serves as the cationic solute that is responsible for stomatal movement in a plant. It responds to changes in bulk leaf water status to regulate the stomatal process.³

It has been found that plants with AMF association display greater hydraulic conductivity in roots and reduced transpiration rate under drought stress. This may be due to their capacity to regulate their ABA levels (abscisic acid – a plant hormone) better and faster than non-AM plants. This establishes a greater balance between leaf transpiration and root water movement in drought situations and drought recovery (Aroca et al. 2008). 4  [Read Full Article]

AMF have been shown to aid plants in drought conditions in one other significant way: by reducing oxidative damage to lipids and proteins in the nodules of the plants.

This is considered perhaps the most significant ways AMF contributes to a plant’s ability to increase drought tolerance.5

Not all AMF are created equally.

The degree of the effects in drought conditions have been shown to vary depending on the species of AMF. There are, in fact, many species of naturally occurring arbuscular mycorrhizal. In a 1994 study, researchers in Spain noted that the impact of AMF varies according to species when they compared performance in lettuce plants under drought conditions.3

Another study compared hyphae development between three mycorrhizal species. The researchers found Glomus intraradices was the species that extended hyphae the furthest and explored the most soil.8

Study after study has demonstrated that a healthy population of arbuscular mycorrhizal fungi will indeed help crops to weather drought conditions.

As we discussed in a previous blog post, canola and other brassica crops do not associated with AMF and can in fact fight off this fungus, meaning it will not be immediately available to the incoming crop.

In fields where AMF is not abundant, consider a mycorrhizal inoculant. Not only will it benefit crops in non-stress growing conditions, it will give you added insurance to protect against possible drought conditions next growing season.

4 Raviv M. (2010) The use of mycorrhiza in organically-grown crops under semi arid conditions: a review of benefits, constraints and future challenges. Symbiosis (2010) 52-65-74.